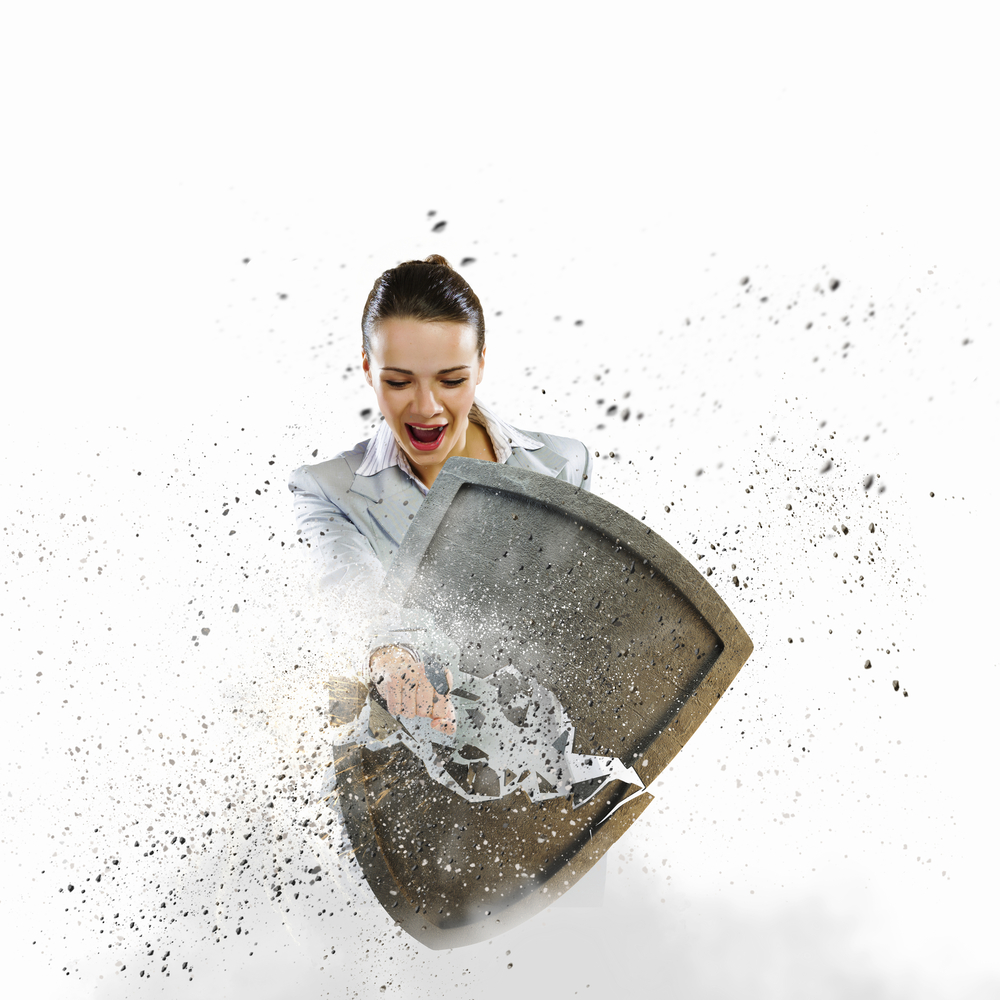 Stress is usually associated with physical and mental health problems like insomnia, anxiety, anger, tiredness, headaches, and even serious diseases like autoimmune conditions and cancer. But did you know that not all stress is bad? In fact, a specific type of stress called acute stress enhances the immune system. 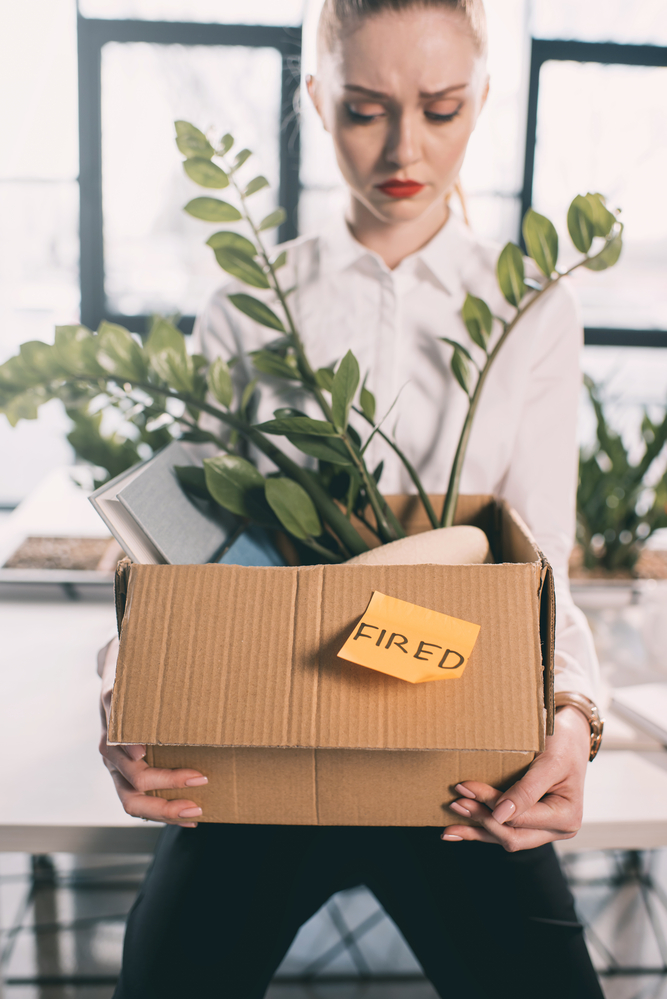 According to UC San Diego Health, acute stress can cause molecular alterations in the body’s immune response. For example, it has been shown to enhance immune function by increasing the number of white blood cells circulating through the body. The more white blood cells you have in your body, the better able you will be at fighting off an infection.

In another study by a Stanford University scientist, it was discovered that the response of key immune cells in the body is “heightened rather than suppressed” when they are subjected to a “fight-or-flight” response, which is similar to acute stress.

What is Acute Stress?

Acute stress is when you feel stressed for just a short period of time, which is why it is also known as short-term stress. It happens when you experience a sudden, intense emotion such as fear, anger, sadness, or excitement. People who experience acute stress often feel like they’re going crazy, and may be unable to control their emotions. This feeling usually lasts from minutes to hours.

Acute stress can linger a bit in some cases. If it’s caused by something unexpected happening, such as getting fired from work, having a fight with a loved one, or experiencing a natural disaster, the experience isn’t typically behind you in a matter of moments. Similarly, if acute stress is caused by a major life change, such as getting married or having a baby, that’s going to take a bit of time to work through. Other examples include moving to a new city, starting college, or a new job.

When you experience acute stress, your body releases adrenaline into your bloodstream which makes you feel anxious, nervous, and agitated. This can cause the heart to beat faster, your blood pressure to rise, the muscles in your face to tighten, and your breathing rate to increase.

Acute stress could be eustress (positive stress) or distress (negative stress) since it may not always result in something positive. Eustress is defined as “good” stress that stimulates us to do things we enjoy. Positive stress helps us perform better at our jobs, study harder, and make healthy decisions. Distress is negative stress, which causes us to feel anxiety, frustration, and other unpleasant feelings … typically without the benefit of some positive experience in our lives.

What are the Effects of Acute Stress on the Body?

The effects of acute stress depend on how long it lasts. If acute stress lasts only a few seconds, then it’s called an acute stress reaction. In this case, the body responds by releasing hormones that help the brain deal with the situation. These hormones include cortisol, epinephrine, norepinephrine, and dopamine. They all play important roles in regulating mood and behavior. 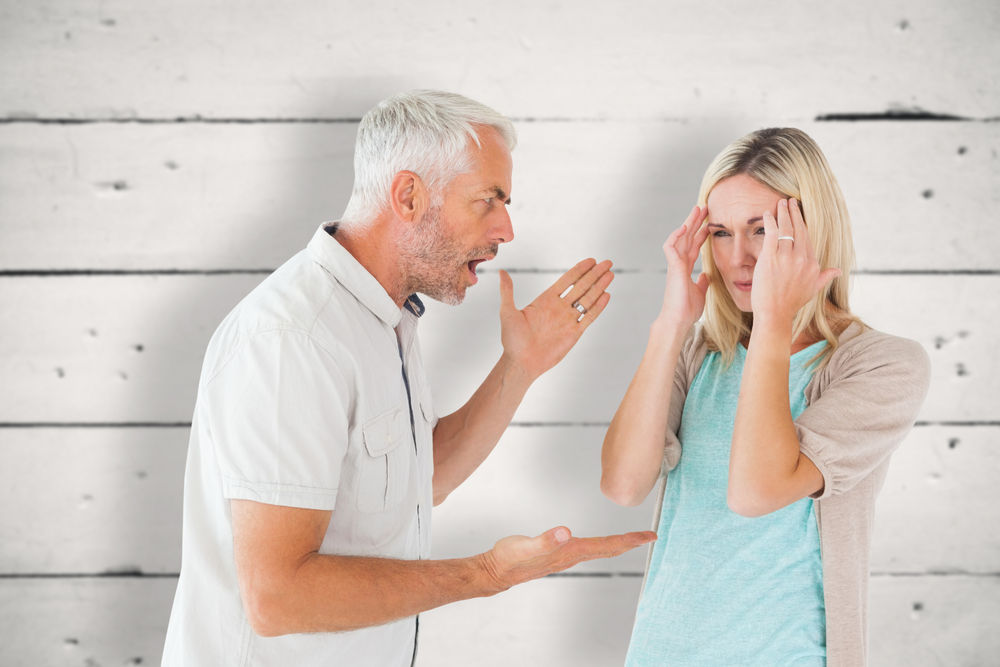 Acute stress can also affect the development of adaptive immunity. Stressors that occur during early life have been found to increase the risk of developing autoimmune diseases later in life.

One possible explanation for this finding is that stress alters the way the thymus develops. The thymus is where T-cells develop. If stress occurs before the thymus matures, then the immune system may not be fully developed. This could lead to a weakened immune system that is unable to respond properly to foreign invaders.

If acute stress continues for more than a few hours, it becomes chronic stress. Chronic stress has been linked to depression, cardiovascular disease, cancer, diabetes, obesity, Alzheimer’s disease, Parkinson’s disease, and many other health problems.

If acute stress persists over days or longer, then it becomes prolonged stress. Prolonged stress can lead to burnout, a condition where people become emotionally exhausted and physically drained.

People who have experienced acute stress may exhibit any or all of these physical signs:

What Happens to Your Immune System During Acute Stress?

It is commonly known that stress suppresses immune function, which then makes the body more susceptible to different infections and autoimmune, allergic, and inflammatory diseases such as cancer. The effect of acute stress can be the opposite, though.

The acute stress response has been shown to affect the function of several components of the immune system. For example, acute stress has been found to enhance both innate and acquired immunity. Acute stress increases the number of circulating neutrophils, macrophages, natural killer cells, and lymphocytes. These cells are important parts of the innate immune system. Innate immunity is the first line of defense against pathogens. Acquired immunity is the second line of defense against pathogens and involves antibodies produced by B-cells and T-cells. 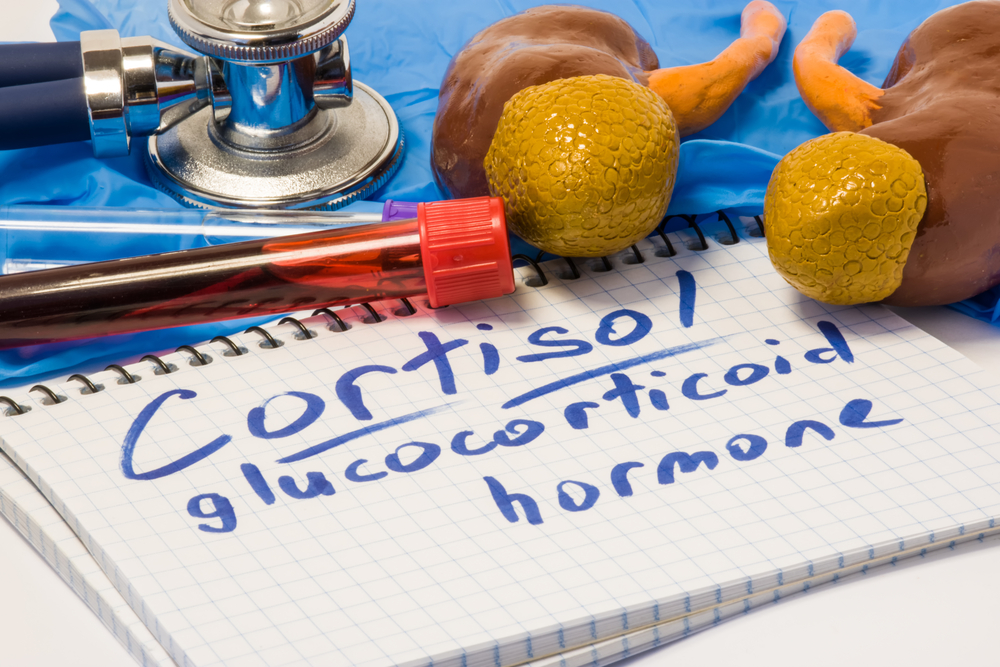 According to studies, acute stress causes your brain to release hormones called glucocorticoids (cortisol) that help regulate many functions in your body including metabolism, digestion, growth, and immunity. Cortisol helps protect against infection by making it harder for bacteria to grow and spread throughout your body.

However, when you’re under high stress for extended periods of time, cortisol levels drop significantly because the body isn’t designed to sustain heightened levels of cortisol for long periods. When this happens, your immune system becomes weaker and less able to defend itself against illness. The result is that you get sick more often than usual.

Some researchers believe that chronic stress actually increases the risk of developing certain types of cancers. One theory suggests that chronic stress leads to increased inflammation in the body, which can damage cells and contribute to cancer development.

According to studies, acute stress can enhance immune response. For example, one study found that people who experienced an emotional challenge (like having to give a speech) had increased natural killer cell activity compared to those who didn’t experience the same challenge. 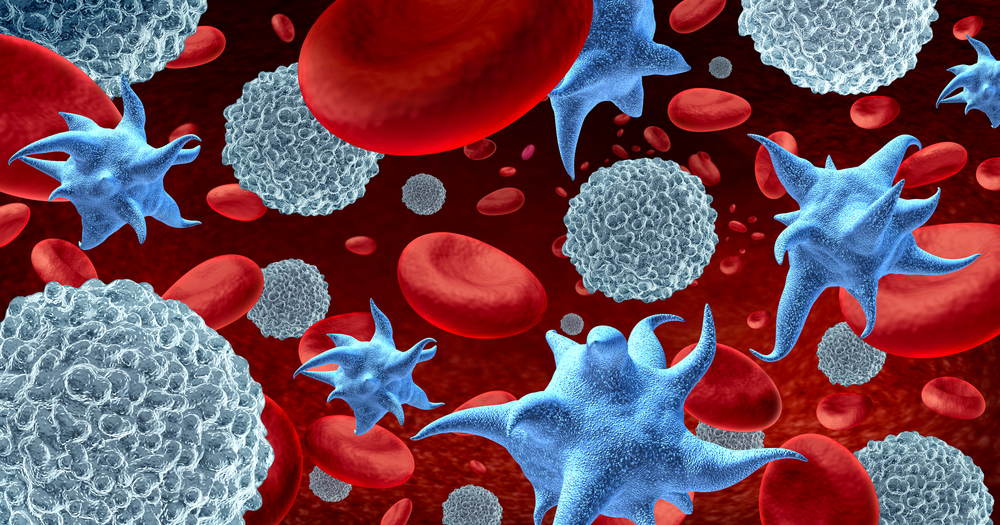 In addition, when you experience acute stress, your body produces more cytokines than usual. This leads to less cytokine circulation in the bloodstream as the cytokines are redirected to deal with the immediate stressor. This can prevent tissue damage from occurring.

The Role of Adrenaline in Acute Stress

Acute stress is similar to a fight-or-flight response. This is a physiological reaction that occurs when we feel threatened or under attack. This response causes our heart rate to increase, blood pressure to rise, breathing to become faster, muscles to tense up, and adrenaline to be released into the bloodstream. The body prepares us for either fighting off the threat or running away from it.

When we are afraid, our bodies prepare us to either run away from danger or attack it. Our adrenal glands pump out adrenaline, which raises our heart rate and blood pressure, and constricts our pupils. We breathe faster and sweat more. All these things make it easier for us to move quickly if we need to.

When we experience fear, our brains send messages to our adrenals to produce adrenaline. It doesn’t matter whether the fear comes from real danger or it’s just our imagination. Adrenaline makes us want to escape. 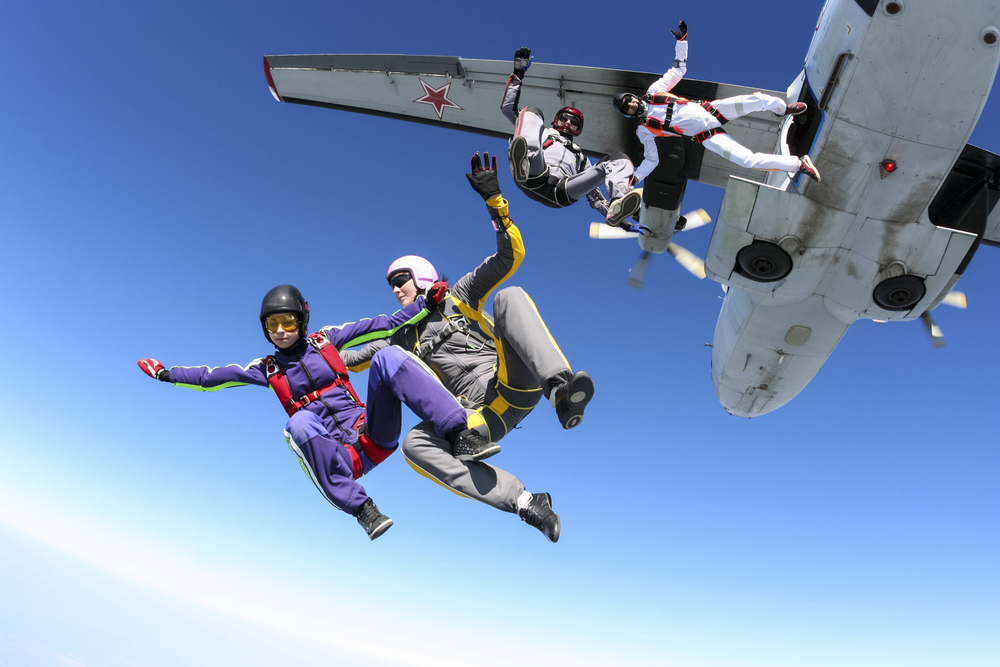 This is why people who are afraid often become anxious about going into new situations. They don’t know what to expect, and their bodies react as though they were facing real danger.

If we’re already stressed when we encounter a scary situation, our bodies react even stronger than usual. That’s why some people say that being scared while driving is worse than actually having an accident.

When we experience stress, our bodies can respond in two ways: fight-or-flight or freeze-or-faint.

As we discussed above, the fight-or-flight response is associated with increased heart rate, blood flow to muscles and skin, breathing rate, and sweating. In addition, the body prepares itself to deal with physical threats such as predators, injury, or disease.

There is an alternative.

The freeze-or-faint response is associated with decreased heart rate, blood flow, breathing rate, and muscle movement. Instead, the body focuses on conserving energy and protecting vital organs. This response is most commonly seen after exposure to cold temperatures or other dangerous stimuli.

Both responses can be helpful in certain circumstances. For example, if you see a bear coming toward you, running away will probably save your life. However, if you’re walking down a dark street at night, freezing would probably be safer. 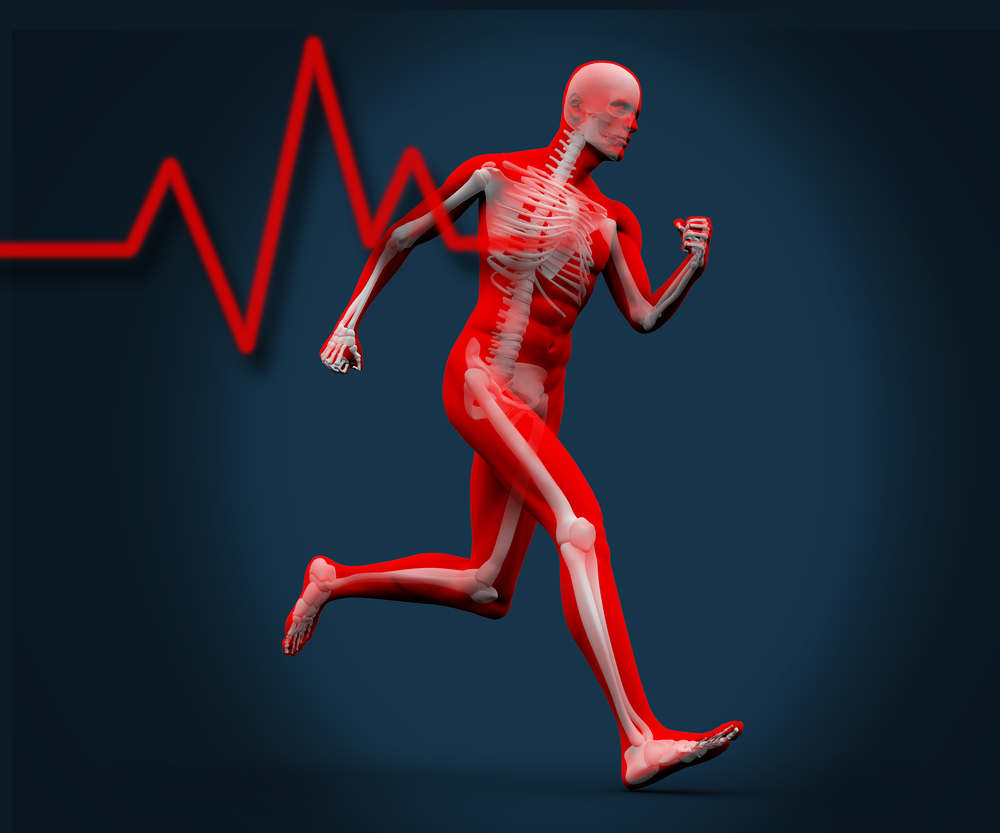 Both responses are mediated by hormones produced by the hypothalamus. The hormone epinephrine (adrenaline) plays a major role in both responses. Other hormones involved include norepinephrine, dopamine, serotonin, and cortisol.

In general, the freeze-or-faint response occurs during times of extreme stress. The fight-or-flight reaction tends to occur under less stressful conditions.

How the Fight-or-Flight Response Can Be Helpful

Our bodies use the fight-or-flight reflex to help us survive dangerous situations. When we’re threatened, our hearts beat faster, we breathe harder, and we sweat. These changes allow us to flee from danger or attack it more effectively.

However, sometimes the fight-or-flight response isn’t appropriate. For example, if someone attacks you, you might want to defend yourself. But if you’re already feeling frightened or angry because of something else, then fighting back could make matters worse.

It also takes a lot of energy to fight. If you’re exhausted, you won’t have much strength left to protect yourself. On the other hand, if you’re already feeling fearful or angry, then fleeing may not feel like much of a choice.

It’s important to learn how to control your reactions so that you don’t overreact. Sometimes this means learning how to calm yourself down before reacting.

One of the ways we suggest doing this is to initiate awareness. There are several key steps to getting control of your emotions and reaction to them.

This works great when something has happened that caused the fight or flee response. But, that’s not always the case. Sometimes, the response happens and there’s nothing specific that explains why we are feeling so much stress.

The process is still effective but you should take it one step further and consider the possibility that the stress you’re feeling is “toxic stress.” This is a more severe form of stress that takes some detective work to identify and resolve.

Stress is a big part of our life. It is inevitable. Knowing that it is useful at times and has some positive effects on our health and immune system allows us to say to ourselves, “It’s OK. It is good to be stressed sometimes.”

While we welcome acute stress from time to time, we should avoid chronic stress. This is the type of stress that will suppress our immune system.

And, if you suspect that you may be experiencing toxic stress, we urge you to work to resolve it. Your life could literally depend on it!